I like to tell you nice things to do, because, they’re easier to follow and frankly, usually more productive. But…sometimes there are certain behaviors that we continuously execute that kind of ruin all of the good stuff. Like, in relationships. Actually, ESPECIALLY in relationships.

These following behaviors can be hard to break – But don’t freak–these behaviors do not have to be permanent! With some awareness and determination, you can kick them for good. So, pay attention, because you kind of need to stop doing the four following things. Now.

Or else we will make you.

Here is what NOT to do in a relationship!

Unless you’re a bona fide psychic, you cannot mind read. And neither can he. So don’t a) try it, or b) expect it. Communication is what keeps relationships healthy, strong, and LONG. Your partner cannot read your mind, and therefore you will have to thoroughly explain things to them on a daily basis. Things like how you feel, things you expect, what you hope for, and how you would like things to be done. Because they don’t know. They only know when you tell them. And then they know.

And same for you! You can’t assume you know everything about your partner. People aren’t static. We shift from moods and states of emotion and we change opinions all the time. Or at least I do. So use your language skills and quit reading minds. It will eliminate way more fights, and make it all crystal clear.

2. DO NOT PLAY HOT POTATO WITH YOUR FEELINGS

You can’t throw your feelings at someone else and make them take responsibility. That’s not how this goes. You feel a certain way, because that’ s how you feel. Your feelings are not debatable. They aren’t facts that you can rip apart and analyze from different angles. They’re feelings. And the only one who can label them, share them, or explain them, is you.

So…that means your partner can’t take responsibility. Sorry. Instead, you can inform of them why you feel a certain way. Something like…

“I feel CRAPPY when you say CRAPPY THINGS.”

Well, maybe not exactly like that. But you get the point. Just don’t be a drama queen, and you’ll be fine.

When a fight occurs, and you come out with guns blazing, ready to explain why you are completely right and he is absolutely wrong, check yo’self. And do it quick. Really, what are you going to gain from this? Credibility? If that? And why would you even need that, if the person you are trying to prove yourself to, is the one person you don’t have to prove yourself to?

The moment we aim to let the relationship as a whole win, is the second the relationship becomes a healthy one. Put the swords down, and work together to make sure you both end up on common ground. Talk it out. Yes, you can absolutely explain yourself, but they get that chance, too. You two have got to make sure that you both feel heard and validated, and that way, the relationship can shine through.

We know, some of you will be all like “But I don’t wanna be a loserrrrrrrrr! Wah.”

It’s ok. Being a loser is the best thing you can do for your relationship. Perk up!

4. DO NOT BOTTLE UP FEELINGS

We know how it starts. Something bothers you, but you don’t want to be “that girl“…so you let it slide. And then something else happens, but you can’t really say anything, because you didn’t say anything about the first thing, so he didn’t really know how you were feeling anyway. Ugh. So you tuck it away. Then a few more little things happen, but they’re too small to really even mention, so those get tossed to the side, too.

And then it happens.

They don’t turn the air conditioning off before you leave the house. Oh heyyyyy electric bill!
She says a sarcastic comment that could easily be seen as humor…but it’s not really funny. You rude human.
He forgets to do that favor he promised you, because, well, he was super busy.

Feelings start gushing out of you. They can’t stop! They WON’T stop! OH MY WORD I CANNOT FIGURE OUT HOW TO CAP THIS EMOTIONAL WELL. STAHHHPPPPP!!!! Well…they can’t. Not now. Not until every feeling is completely out in the open and nothing else is bottled up. And now we have a big fat fight on our hands and everything is messy and ew.

Don’t bottle up your feelings. Let go of your fear of being “that girl.” Nags are called nags because they aren’t nice about communicating their feelings–not because they share them. Don’t be afraid to let people know how you feel in a kind fashion. You’re a nice person. You don’t want to complain all the time. But you also can’t be a door mat. 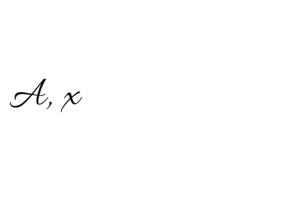 20 thoughts on “What Not To Do In Relationships”