Why do we choose to hold on to something that is causing us pain?

Don’t tell me I’m the only one who does it… Don’t leave me hanging here… You do it too. I know it.

I know it because holding on is part of being a human. It’s part of wanting to be connected to other people. It’s part of craving belonging. Holding on makes us feel like we have control over, well, everything.

Holding on makes us feel like we can force our way into the result we want. If we just work a little harder. If we just suck it up a little longer. If we could simply stick it out until something changes…

There’s just one little problem with these ideas. We don’t actually have control over everything. We don’t know for sure that holding on will change anything at all.

All we can know is that holding on means that we continue to participate in the situation that is causing suffering.

I’m not saying that we should leave every time things get difficult. Not at all.

Stop staying where you know you are being stifled and stunted. Believe in a bigger, more benevolent exchange of energy.

Get tired of your own excuses. Roll your eyes at yourself. Call yourself out on your own shit.

No one else is going to do it.

Are you telling yourself that you can’t simply leave this thing because its giving you money? Love? Time? Vacations? Brand new purses? Something else that makes you feel all warm and fuzzy inside? Stick to that story… believe that’s the only way to live your life, and you’ll never make progress.

What if you chose to believe that leaving the thing that’s causing you pain would allow you to live a better life? What if you told yourself that you’d find a way? What if you trusted that you could bridge the gap between your current way of life and your dreams? What if you just let go of the struggle and did what you wanted to do?

I know, queue the excuses once again. Tell me about how all of these people you know took leaps and made decisions and embraced risk only to fall flat on their faces… ultimately running back to whatever they originally left. If you want to believe in being stuck more than you want to believe in freedom… then grab a pillow and get comfortable.

All I’m saying is that the stories that scare you aren’t the only stories out there. There are stories where people took leaps and found pots of theoretical gold on the other side. Some people took the leap, fell flat on their face, and then took the leap again – leaping as many times as it took for success to show up holding a sign with their name.

If you’re going to live this life as yourself, why would you bet on other people? Why would you bet against your better interest? Why don’t you write a letter to yourself every night listing all of the things that could go right?

1. Because living your life as a prisoner is painful.

If you’re waking up every day thinking about how great it would be if you could just get out of a particular situation… you’re keeping yourself in prison! You might not be able to leave the situation immediately, but you can definitely research and plan! Once you begin to look at what other options exist for you the feeling of being stuck will dissipate.

2. Because there is always another thing to try.

Another job. Another home. Another way. I love Marie Forleo’s mantra that “Everything is figureoutable.” There is always an answer. There is always a new approach. Finding the answer is not beyond your capability. Something new is always on the horizon.

3. Because we exist in physical form for a finite amount of time.

You are going to die. Everyone dies. Some people die when they’re 100. Some die at 29. You don’t know when your time is up. So let’s stop being all morbid and depressed about it. Let’s stop ignoring this fact, and actually embrace it. Stop thinking you have time. You don’t. You don’t have time to hang around trying to decide if you should stay miserable for a little while longer so that you can get an extra pat on the back. You don’t have time to stay in that relationship because you have to go to that last dinner event. Stop playing Russian Roulette with your life. Make the decisions you want to make now.

4. Because playing by the rules can be boring.

We all already know that there are no rules that apply 110 % of the time. Dare to do things your way. And if they don’t work out? Adjust. Tweak. Change your approach. But don’t give up. Don’t succumb to the idea that everyone else is doing something a particular way and because you didn’t you got the big F. No. There are no rules. There is only action. Keep going. Keep growing.

5. Because change is exciting.

You think you know what will happen if you leave. You think it will be bad in this way… good in this other way. You think you’ve put it off for so long because you’re trying to avoid experiencing something. But honestly, you have no way to predict that the thing you’re avoiding is actually going to happen. And you don’t know if you’ll really hate it if it does happen. You simply don’t know. You only think you do. So let life surprise you. Be open to things changing. And appreciate the changes – you might find out something new about yourself.

6. Because you owe it to yourself to grow, learn, and exercise your potential.

Learning doesn’t stop when you graduate from school. And if it did for you, I’d be willing to say that the rest of your life has been a little boring. Okay… REALLY boring. Leaving the thing that you know isn’t working will force you to create new opportunities in your life. And jumping into new situations is at the very least, not boring.

Many people hold on to things that make them miserable because other people say it will be better to stay. It will be better if you just know what the future has for you. There’s something so energizing to show those people that it wasn’t better to stay. And if you can’t show them that just yet because things are in the process of building, stick close to the idea that one day you’ll be able to know that leaving was the best decision you could have made for yourself.

8. Because you deserve to take ownership of your life.

Stop listening to what everyone else has to say. Stand up for yourself. Value your opinions and your ability to make decisions more than you value outside perspectives. You’re the only person who wakes up as you every single day. No one else gets to experience the world as you. So do something with your perspective! Use your knowledge and your feelings and your life experience to help you figure out what’s next. You can do this!

9. Because life isn’t only about climbing imaginary ladders, buying fancy things, and making other people happy.

We hold on because of what we think we’re benefiting from staying or because of what we think we’ll lose if we let go. Maybe it’s time to let go of those things. Don’t want to take a cut in pay because you won’t be able to go on vacation? Lose the vacation! Maybe you’ve had enough vacations to hold you over. Maybe you make a harsh budget and stick to it. Maybe that budget becomes the best gift you’ve ever given to yourself because it made space for you to get out of a situation that was no longer right for you. Re-frame and redefine your situation so that the bright side is just as apparent as what you think you’ll lose.

I hope this has helped you somehow 🙂 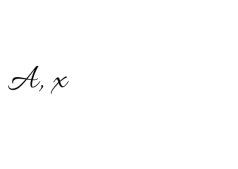 22 thoughts on “Leaving Things That Aren’t Meant For You.”